On a bright sunny day in a small colony, 6 year old Maryam was returning home, happily skipping along while she regaled her brothers with stories of her day. They smiled at her indulgently and patiently waited for her to complete her story for the third time. Once home Maryam rushed inside to give her mother a hug and enquire what was for lunch. Maryam’s mother had made her favorite food that day – rice and lentils. After lunch Maryam and her brothers started a vigorous game of hide and seek and their laughter soon rang out throughout their small one room rented home. 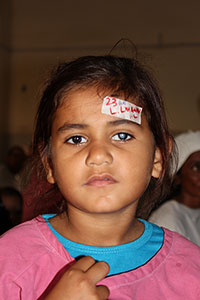 Suddenly Maryam’s cry of pain filled the air, her family immediately rushed to her side to enquire if she had hurt herself. Maryam stood behind the sofa with her hand covering her left eye, in between sniffling she told her mother that something had gone in her eye and it was paining a lot. Her mother immediately took her to a neighborhood doctor where he gave her painkillers and bandaged the wound .Hours passed but the pain didn’t subside and Maryam could not stop crying for a minute due to excruciating pain. No home remedy or medicine seemed to work. Her father, a painter by profession was called for, who immediately took her to an eye doctor in the nearby area who put some eye drops and changed the bandage and sent them home with painkillers. By the time they reached home Maryam had fallen asleep in the rickshaw and the turmoil was still visible on her innocent face. Next morning Maryam’s eye was much better. They breathed a sigh of relief for they could not bear to see Maryamin so much pain, she was the life of their home and even her siblings were by her side with worry.

However that was not the end of the dreadful episode. After a couple of days Maryam was experiencing acute difficulty while seeing. She was unable to concentrate in school and while trying to consciously focus her eyes became teary. This affected her personality, once a happy and cheerful child had turned into a reserved person in a spam of few days only. Kids targeted her in school and bullied her for her disfigured eye. Her friends soon stopped playing with her and Maryam felt that no one liked her anymore. Maryam’s mother though realizing something was amiss with her daughter, could not pinpoint what it was till after a couple of months she noticed a white spot in Maryam’s left eye. Maryam’s parents borrowed some money from her uncle and took her to an Ophthalmologist who diagnosed her with cataract and told them the only cure was through a surgery. Just the word send shivers up their spine thinking what their little girl would have to go through and worried if they could even afford to give her the treatment that would return her sight. The kind doctor took in their appearance and asked Maryam’s father about his profession – upon hearing their tale that he was a painter in the colony earning a meager Rs. 15,000 and living in a rented home with four school going children, the doctor advised them to take Maryam to LRBT Korangi Hospital. 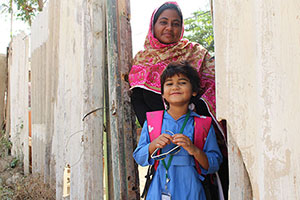 At LRBT Maryam was given a date for surgery but on that day right before going into the operation theater she broke down in tears. Her mother and staff comforted her by saying that she would be able to see again till Maryam eventually calmed down and went with the doctor. When her bandage came off a day later and Maryam could see again, her happiness knew no bounds. Her parents broke down in tears and to them it was like their young Maryam had been given a new life.

Maryam is back to school and no longer sitting on the sidelines watching others play, she is once more in the midst of all activities with her friends, having all but forgotten the dark period in her young life. She calls LRBT, “her miracle.” 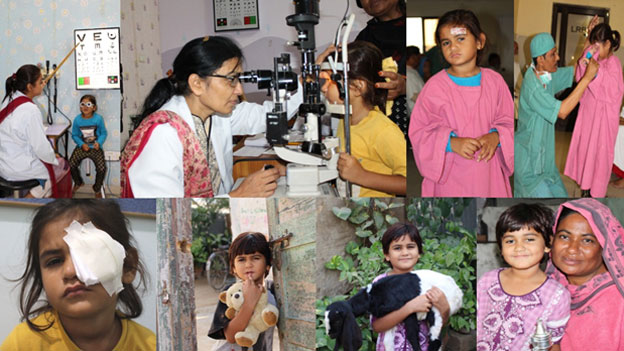